This Old Fashioned Cinnamon Apple Cake with Crackle Glaze is tender, studded with apples and walnuts, and is topped with the most delicious cinnamon glaze!

Most of my food memories center around my grandma. Her chicken salad? Is legendary. Waldo burgers. Brats & Sauerkraut. Hawaiian Rice Pudding. This list goes on and on.

Needless to say, she is my foodie inspiration! This Cinnamon Apple Cake is straight out of her recipe box, so you know it’s good!

This is one of the few ‘from scratch’ cakes here at Shaken Together. If I don’t default to a box mix, then you know that this is a treasured, tried and true recipe.

Just look at this apple and walnut studded batter … you can see the rich brown flecks of cinnamon and loads and loads of fruit and nuts. This has holiday baking written allllll over it!

You heard that right. This cake does not get all dolled up with a thick frosting. Nope. There is a simple cook and pour cinnamon glaze that gets poured right over the warm cake. Oh, this is my favorite part!

Once cooled, that glaze is going to crackle the second your fork hits it …

If you can wait for it to cool, that is. That’s probably my least favorite part 😉

Trust me when I say that one piece of Grandma’s Cinnamon Apple Cake will not be enough. And vanilla (or even butter pecan) ice cream is highly recommended!

If you try this Apple Cinnamon Cake recipe, please comment and rate it below, I love hearing from you!

My Grandma’s Apple Cake with Cinnamon Crackle Glaze is tender, studded with fruit and nuts and is topped with the most delicious cinnamon glaze!

A quick tip: Since the cake and glaze have similar ingredients, measure the ingredients for the glaze right into your saucepan as you measure them for the cake.

This recipe was originally published in December 2016 and updated with additional information September 2019.

Hi, I'm Melissa and I have a passion for helping people find effective ways to clean and organize, feed their families, and truly enjoy their homes. More about me -->

Shaken Together is a participant in the Amazon Services LLC Associates Program, an affiliate advertising program designed to provide a means for sites to earn advertising fees by advertising and linking to Amazon.com. 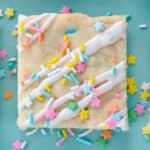 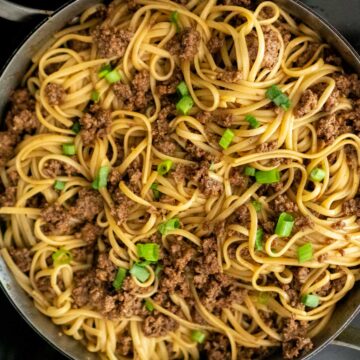 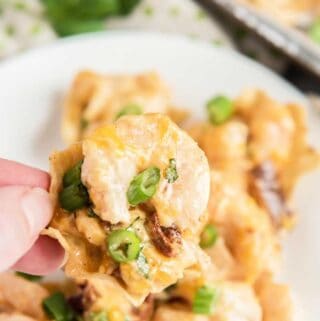 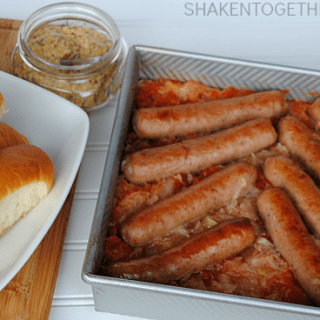 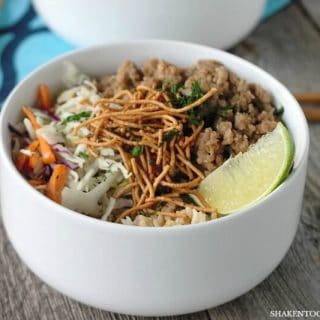