Cream Cheese Stuffed Monkey Bread Bites! These start with refrigerated biscuits, get stuffed with your favorite flavor of cream cheese, rolled in cinnamon sugar and baked into sweet little bites of delicious! 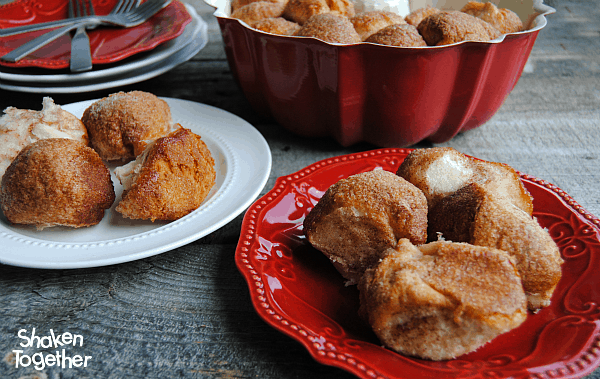 Remember that cranberry orange cream cheese that I shared last week? And I told you that if you make it, I would have a fabulous recipe for you to use it in?  Well, today is that day! So grab your Bundt pan and get ready to bake up a breakfast {or dessert} dish that will have your family coming back for more! Wouldn't this be fun for Thanksgiving or Christmas breakfast? 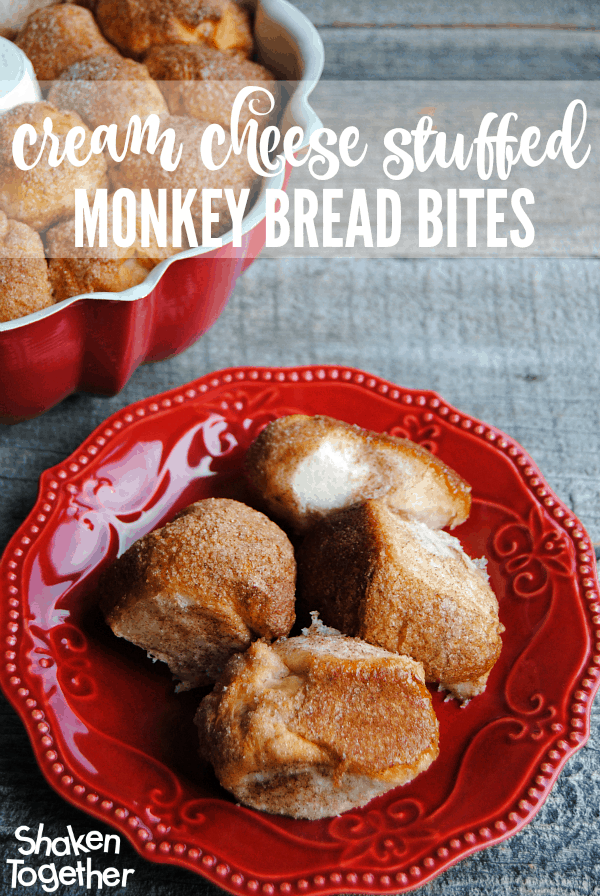 This is just a big ol' pan of biscuits stuffed with cream cheese, rolled in cinnamon sugar, drizzled with butter and baked until fluffy and gloriously browned! When a recipe starts with refrigerated biscuits, you know it is going to be good. No yeasty dough to roll, no waiting to rise ... just pop open a can or two and get cooking!

Now, this recipe is easy but it does take some time to fill and roll all 32 cream cheese stuffed monkey bread bites.

Start by cutting each biscuit in half. Then press and flatten it into a {somewhat} round shape. 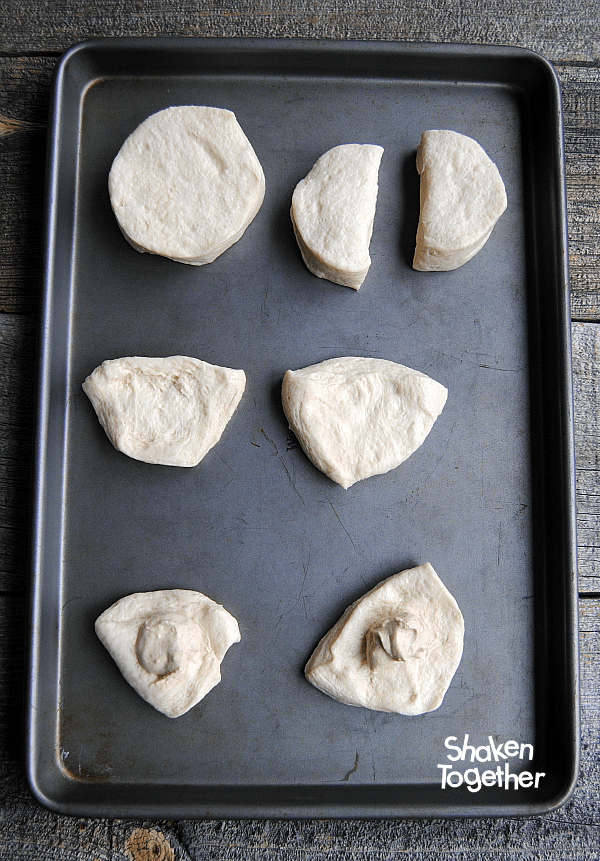 Add about ½ teaspoon of cream cheese - use your favorite flavor {this cake batter cream cheese would be pretty ridiculous, just sayin'} - to each biscuit round. Use your fingers to pinch the biscuit up and around the cream cheese, then roll it in your hands to seal it. 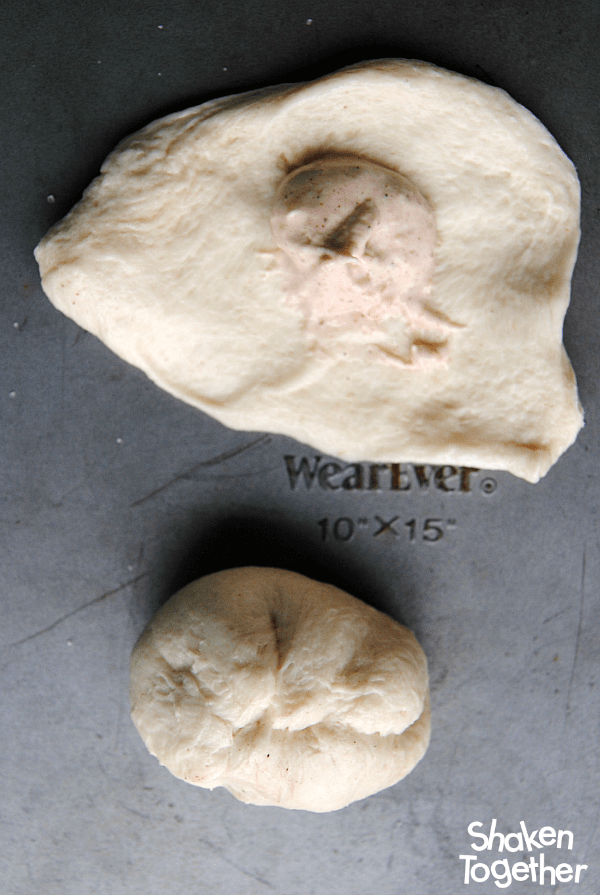 Roll each bite in cinnamon sugar and plop it into a Bundt pan prepared with non stick cooking spray. 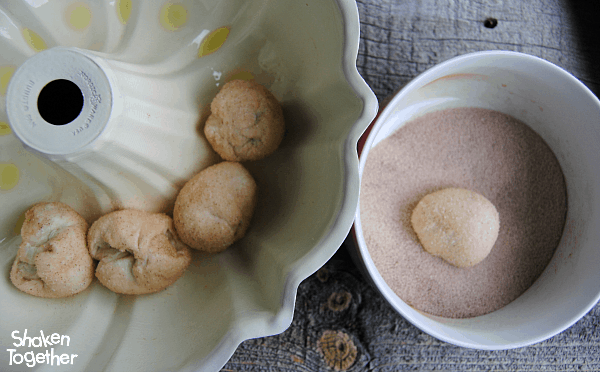 Once you have rolled and sugared all the monkey bread bites, drizzle them with a few tablespoons of melted butter. You can sprinkle over any leftover cinnamon sugar, too, if you want. 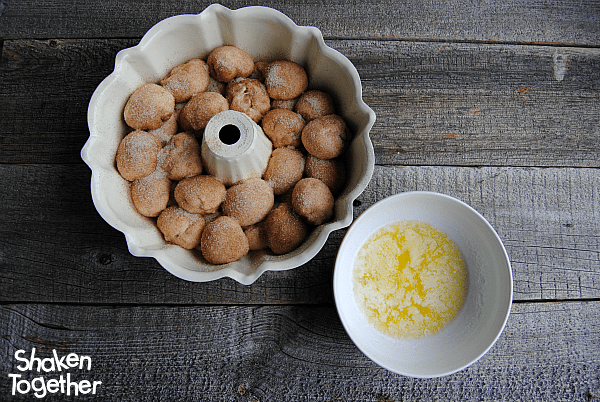 Bake until golden brown and light and fluffy. Keep an eye on this the last few few minutes of baking. Mine got a smidge darker than I would have liked, but they were still so delicious! 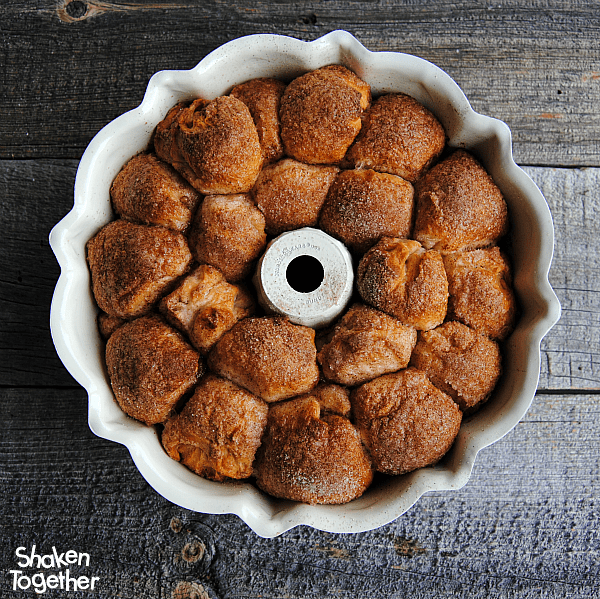 Pull apart and take a bite ... see that little pocket of cream cheese?! 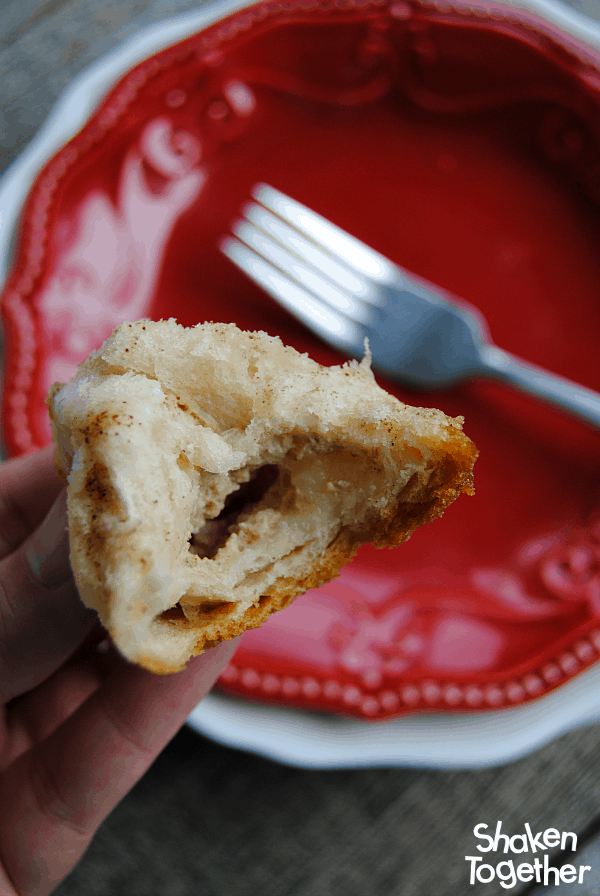 As with any recipe made with refrigerated dough, these cream cheese stuffed monkey bread bites are best served immediately out of the oven. If you need to re-warm these, try popping them back in the oven for a few minutes. The microwave will make them a little chewy, but they'll still taste good 🙂 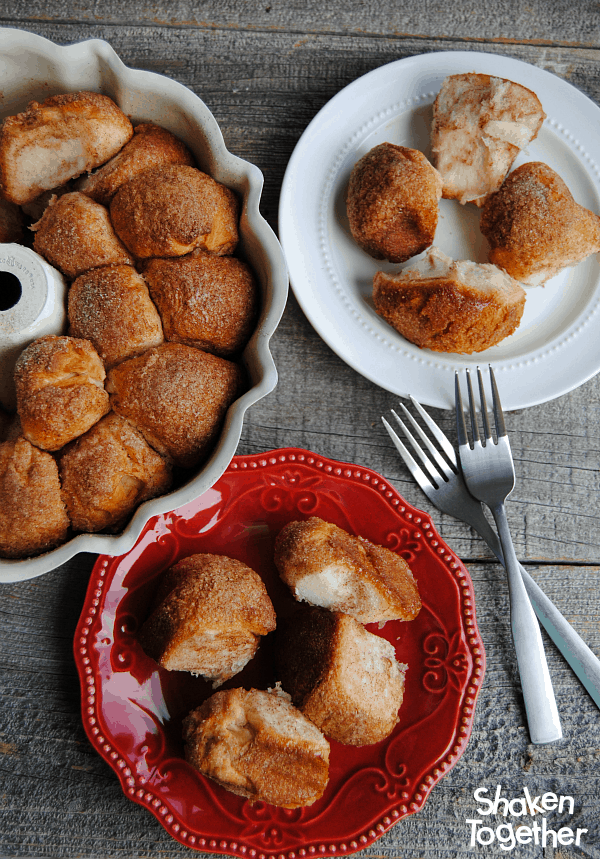 More Easy Recipes Made with Refrigerated Biscuits and Cinnamon Rolls! 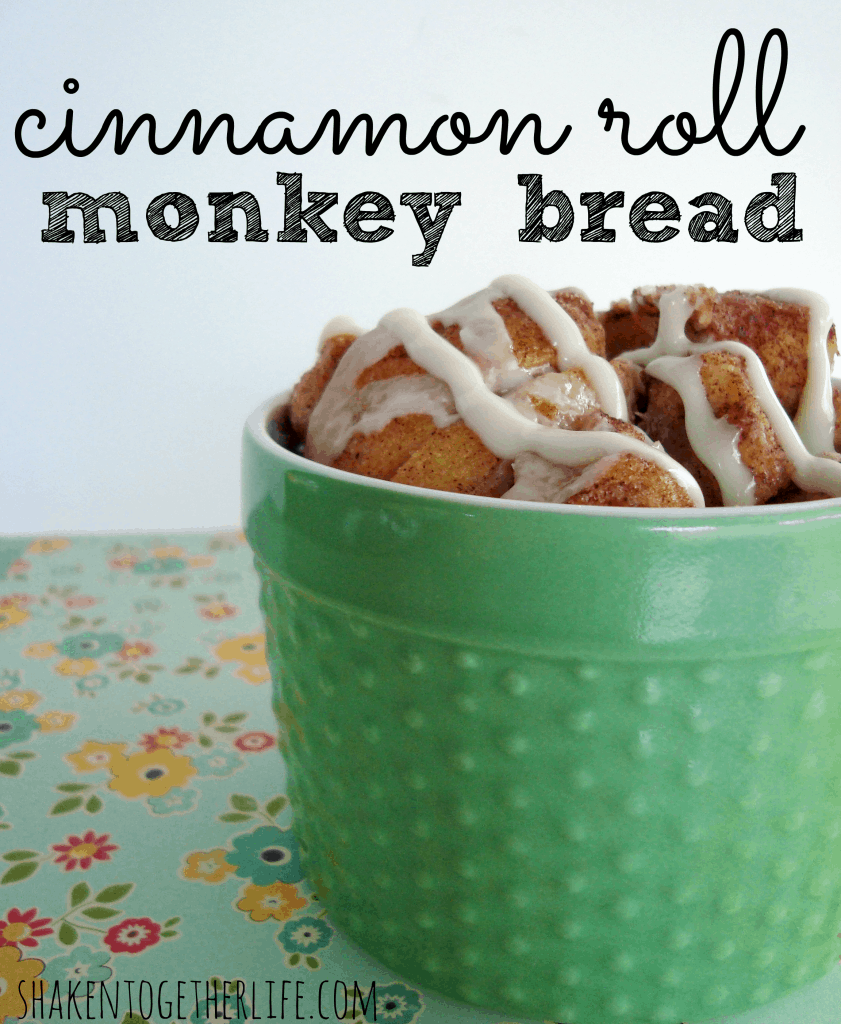 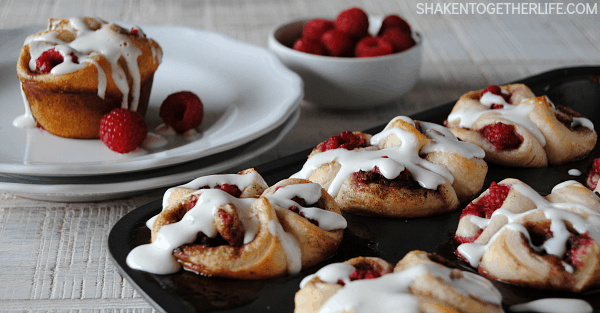 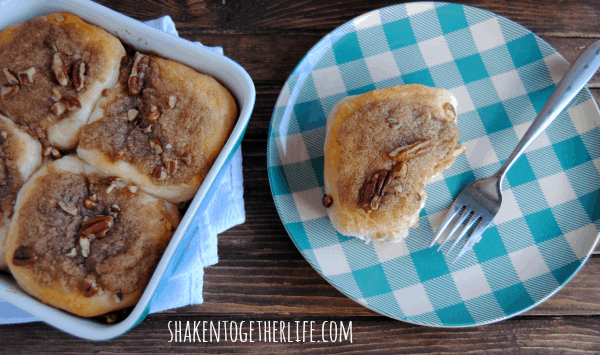 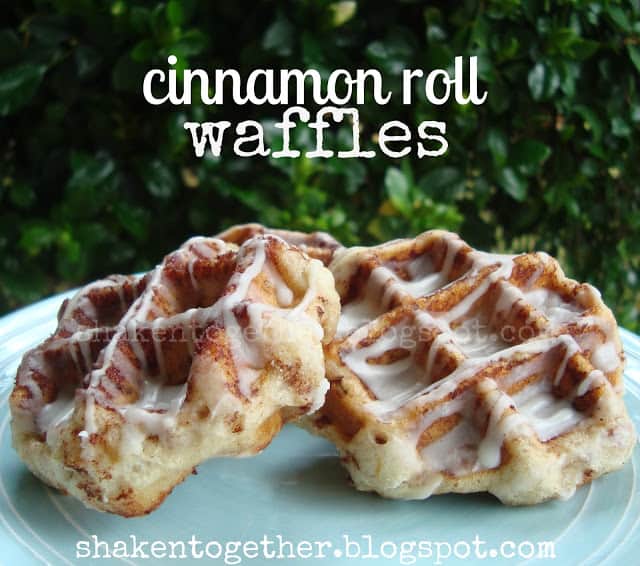 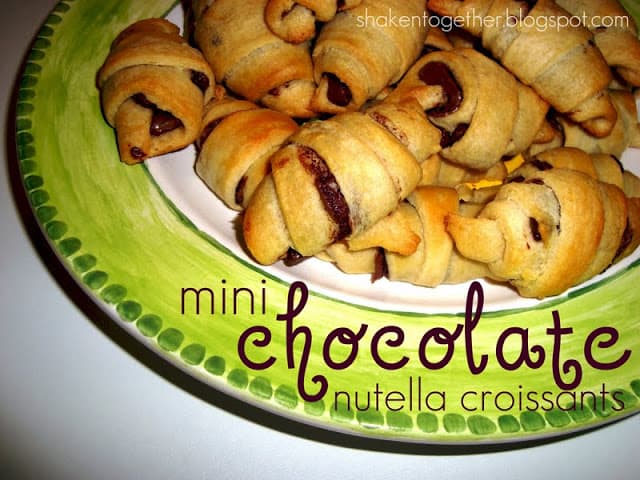